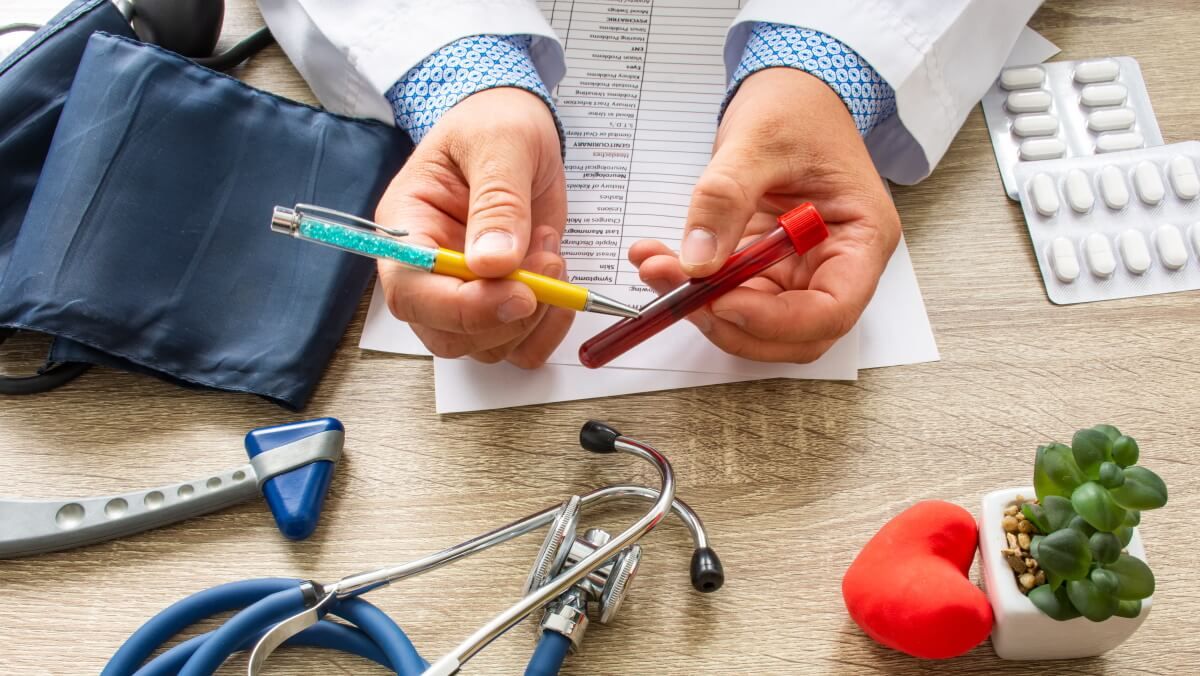 Shortness of Breath? You May Have a Shortage of Iron.

You could suffer from iron deficiency anemia and not even know it.

If you often find yourself feeling tired and short of breath, you may have a condition known as iron deficiency anemia. It means your body doesn’t have enough of the iron it needs to make hemoglobin, the protein that carries oxygen to the body’s tissues. Although Iron deficiency anemia is the most common type of anemia, you can go years without even knowing you have it.

People with chronic conditions such as intestinal bleeding and women of childbearing age are among those at risk for developing this type of anemia.

If you’re diagnosed with iron deficiency anemia, it can usually be treated by adding iron to your system. If your doctor is concerned that there may be internal bleeding, he or she may order additional tests or treatments.

Know the symptoms. And leave the rest to your doctor.

Overloading your body with iron can only add to the problem.

Taking matters into your own hands can result in adding too many iron supplements. Overloading can lead to iron poisoning, which is known to cause symptoms that include nausea, vomiting, and stomach pain.  Far worse, the excess iron can accumulate in the brain, heart, pancreas, and liver, eventually leading to organ failure.

Depending on your symptoms, your age, and your risk factors, however, you may be referred to a gastroenterologist or a hematologist. “You could be losing blood, and therefore iron, for a variety of reasons,” says Dr. Hercules Smith. “In addition to an issue in the gastrointestinal tract and possible bone marrow disease, there may also be gynecological bleeding in females and urological bleeding in the urinary tract in both men and women.”

Put your blood to the test.

If you experience the symptoms of iron deficiency anemia, your PCP or specialist will probably start the diagnostic process by ordering routine lab work, including a complete blood count or CBC. If those tests determine that you have a low hemoglobin or red blood cell level, or abnormally small red cells, the next step is to determine your body’s iron levels. Then the search begins for the source of the anemia, which could include testing stool and urine for blood. Keep in mind that, even if you’re iron deficient, you may not necessarily be anemic. Your condition could be caused by a diet that doesn’t allow the body to absorb enough iron.

“If you’re experiencing these symptoms,” says Dr. Hercules Smith, “I advise you to see your primary care provider. In most cases, receiving proper treatment for the underlying cause of iron deficiency anemia, along with iron supplementation, will resolve the issue. Depending on the underlying cause, however, you may require prolonged treatment.”

If you’ve been diagnosed with the condition, over-the-counter oral iron supplements are an option. Intramuscular and intravenous iron preparations are available for those with severe deficiency or who have difficulty absorbing iron absorption through the gut.

To prevent iron deficiency from occurring in the first place, Dr. Hercules Smith, recommends “a diet healthy in iron-rich foods such as dark leafy vegetables, iron-fortified cereals, dried fruit, and beans. These should be combined with foods rich in vitamin C, which enhances iron absorption.”