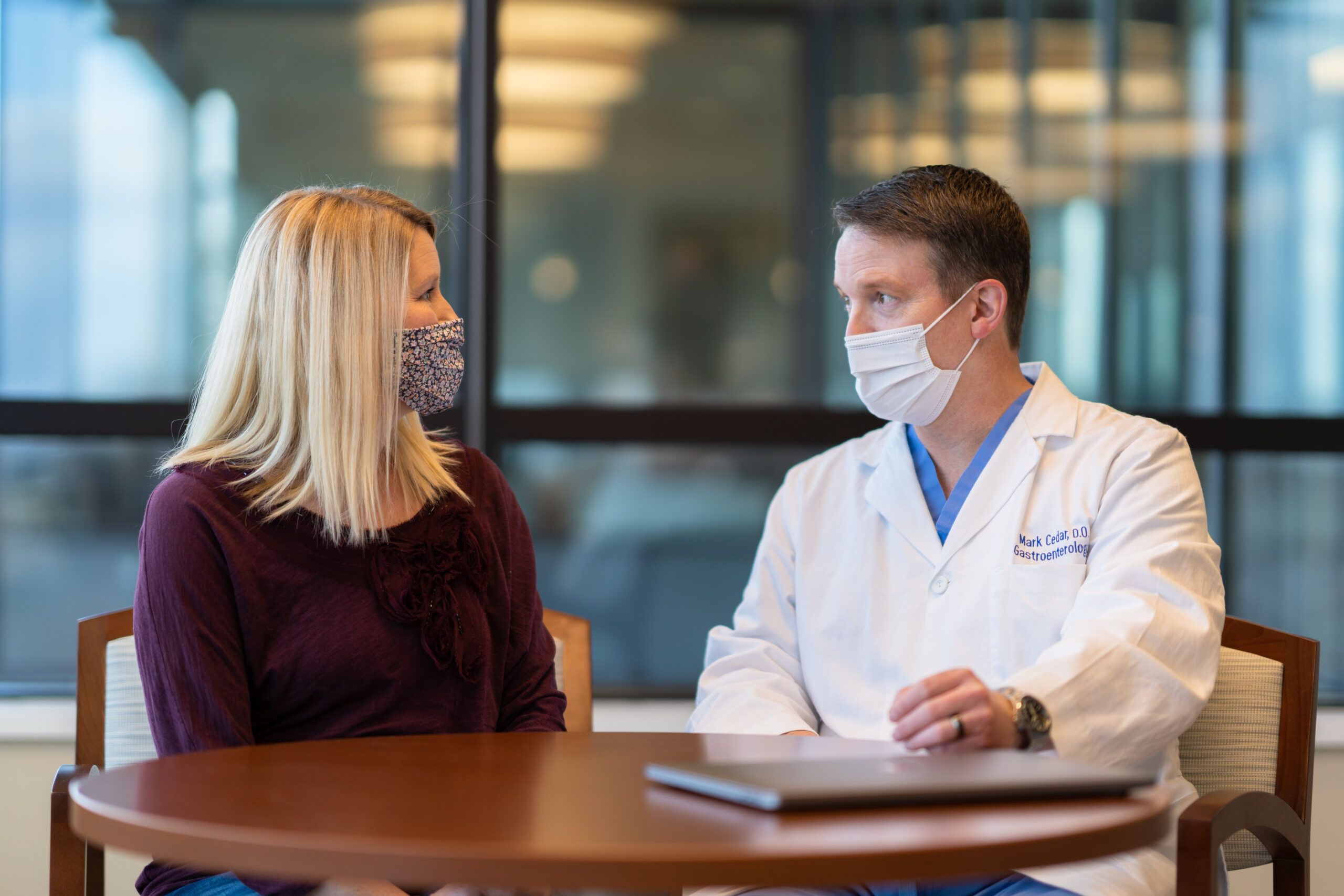 Post-Gazette: Colon cancer is on the rise in younger adults

A little over a year ago, Shannon Gregg noticed she was going to the bathroom more frequently and decided to see a gastroenterologist.

Her doctor thought it was probably just stress, which often causes bowel dysfunction. After all, Ms. Gregg was an otherwise healthy 45-year-old. He ran some tests but nothing seemed amiss, except that her iron levels were low. That could be a sign of anemia, which might explain her changes in bathroom habits.

Ms. Gregg started getting injections of iron, but they didn’t help. So she asked her doctor to run more tests. All of them came up normal. Eventually, she got a colonoscopy in June 2021. When she woke up from the procedure, her doctor told her he found several polyps and a malignant tumor in her colon. Polyps are growths on the lining of the colon, or large intestine. While usually harmless, they can develop into cancer over time.

“I never thought colon cancer was something I needed to worry about,” said Ms. Gregg, now 46, of Dormont.

She didn’t have any of the risk factors for colon cancer. She doesn’t smoke, isn’t overweight, doesn’t eat a lot of processed foods and doesn’t have a family history of colorectal cancer, which includes cancer of the colon or rectum.

Dr. Mark Cedar, chair of gastroenterology at St. Clair Health, who practices with Pittsburgh Gastroenterology Associates and treated Ms. Gregg, said cases like hers are all too common among colon cancer patients.

“As far as presentation or symptoms, the majority have none to very little,” he said.

A change in bowel habits, blood in the stool, diarrhea, constipation, stomach pain and unexplained weight loss can all be symptoms of colon cancer. But many people with colon cancer are asymptomatic, Dr. Cedar said. “That’s the most striking thing about it.”

From 2008 to 2017, deaths of people under age 55 from colon cancer increased 1% every year, even as overall colorectal cancer rates dropped. The alarming trend led the U.S. Preventive Services Task Force, a panel of national disease prevention experts, to issue new recommendations in May 2021 on colorectal cancer screenings.

Previously, adults at average risk for colorectal cancer were supposed to start having regular screenings when they turned 50. Now, the group recommends colorectal screenings begin at age 45.

In 2018, the latest year for which state data is available, 6,325 Pennsylvanians were diagnosed with colon cancer and 2,459 died. Over your lifetime, you have a 1 in 24 risk of getting colon cancer if you live in Pennsylvania.

Mirroring the national pattern, the overall rate of colon cancer in Pennsylvania has dropped significantly, while the rate for young people has increased.

Why rates of colon cancer among younger adults are increasing while overall cases are decreasing is puzzling medical experts.

“We don’t have all the answers yet,” Dr. Cedar said. “There are a lot of studies researching this very problem.”

Family history, genetics, age and a pre-existing inflammatory bowel disease increase a person’s risk of developing colon cancer, but so do lifestyle factors such as a lack of physical activity, poor diet, obesity, alcohol consumption and tobacco use.

In a 2017 article in the Journal of the National Cancer Institute, researchers said white bread, breakfast cereals, cakes, french fries and other so-called high glycemic foods may be partly to blame for growing rates of colon cancer in younger adults. Studies have found the typical Western diet, which is high in fat and low in fiber, can set off inflammation in the gastrointestinal tract.

Being overweight or obese and the use of tobacco are also risk factors for colon cancer. But Dr. Cedar says he’s diagnosed colon cancer in several young adults who are healthy and don’t have any of the usual risk factors.

There may be unique risk factors for colon cancer in younger adults that researchers haven’t yet identified. Scientists are studying environmental links — such as air and water pollution, chemicals in soil and food, and pesticide use – as potential causes of early-onset colon cancer.

To help prevent colon cancer, Dr. Cedar said exercising regularly, maintaining a healthy weight and not smoking is important. In terms of diet, he recommended foods high in fiber, such as fresh fruits, beans and lentils, broccoli, carrots, almonds, quinoa and whole grains.

During the COVID-19 pandemic, many people have put off elective procedures such as cancer screenings. As a result, doctors are seeing more patients present with advanced stages of cancers that could have been detected earlier with screenings. But experts say now is the time to get caught up on the screenings that might have missed over the past two years.

These tests are mailed to a person’s home and look for the presence of blood in the stool or abnormal DNA in stool that may be indicative of cancer. The blood test should be done every year and the DNA test can be done every three years.

Colonoscopies are recommended every 10 years, although people at higher risk for colorectal cancer may need to start screening before age 45 or need to be screened more often.

“The best test is a test that gets done,” said Michael Sapienza, CEO of Washington-based Colorectal Cancer Alliance. He lost his mother to the disease in May 2009.

In most cases, colonoscopies and other screening tests are covered by insurance. But the Colorectal Cancer Alliance has a financial assistance program to help cover the cost of screenings for patients who need it.

“We want to remove every barrier we can so that people can get screened,” Mr. Sapienza said. The organization’s online assessment tool, quiz.getscreened.org, can help patients figure out what screening options are best for them. Any questions about colon cancer can be answered by calling the alliance’s hotline at 877-422-2030 or taking with a doctor.

Since her diagnosis, Ms. Gregg has become something of an evangelist for colonoscopies.

“I’ve been telling all my friends in their 40s to get one,” she said. She hopes her story serves as a cautionary tale for younger adults who assume they’re healthy. It’s also an important reminder that subtle symptoms can sometimes point to a more serious problem.

Ms. Gregg’s cancer was detected at stage III, meaning it had spread to nearby lymph nodes. So she had to undergo chemotherapy and radiation to treat it. But even at stage III, colon cancer is often curable, especially in younger adults. Next, she’ll have surgery to remove what’s left of the tumor.

While her digestive tract heals, she’ll have to go on a so-called “low-residue” diet. She won’t be able to have a lot of the high-fiber foods that doctors would normally recommend to prevent colon cancer — nuts, seeds, grainy breads, berries and raw vegetables. But after that, she’ll be back to eating a healthy diet.

She hasn’t let her diagnosis and treatment slow her down. She continues to take dance classes and go to work.

“Cancer isn’t quite as life-changing as I would have thought,” she said. Still, she hopes to get back to normal by summer.