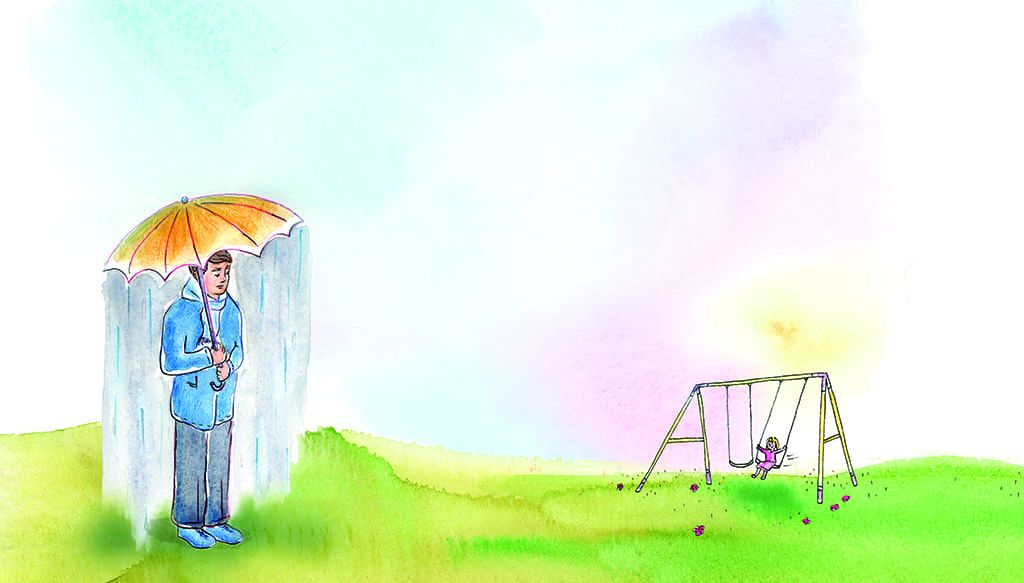 For John, mornings used to begin with the cheery sounds of his little daughter awakening and bounding down the hall to greet the day and her parents. It was a daily, joyful ritual that gave each day an upbeat beginning, and John looked forward to it. But when he began falling into a deep depression, and his days became dark and difficult, those sounds took on a different meaning and he found himself dreading them. Another day meant facing more pain and anguish, trying to function, and feeling hopeless.

“Getting up in the morning became a bad thing,” he says. “I had no energy; I cried constantly. I had had depression before, but this kept getting worse, to the point that I could not work, eat or sleep. I was spiraling down and it became unbearable. When my wife said, ‘Let’s go to the hospital,’ I agreed.”

At St. Clair Hospital, John’s psychiatrist, Jack Mannheimer, M.D., increased his anti-depressant medication and added a sleep medication. He told John about St. Clair’s Intensive Outpatient Program, or IOP. At first John was reluctant, having had a previously unfavorable experience with group therapy. But his situation was dire and he was willing to do anything to get better.

“On the first day, I did not participate in the IOP group,” he recalls. “I was still feeling negative about it. The group consisted of local people, people like me. There were teachers, attorneys, pilots, doctors, college students and homemakers. I met with the professional staff and they were extremely nice, caring and responsive. I went three days a week, plus I had homework assignments. I was glad I was doing something and I began to feel a little better. Gradually, I began to talk in the group. We also had training sessions and cognitive behavioral therapy, and we saw our psychiatrists once a week. We were taught all about depression and mental illness; we learned about our biochemistry and the mind-body connection, which is amazing. Depression is a complex disease and unfortunately, most people don’t understand that. I was lucky in that my wife is very supportive and my family gets it.”

John says that the issue of the stigma around mental illness was a daunting problem. “People are uninformed about mental illness and this needs to change. The stigma was actually the main topic in the group; everyone was worried about it. The thought of returning to work was stressful; if you had been off because of cancer or for surgery, no one would expect a quick rebound. I hope I can help someone by telling my story.”

John completed the IOP program and is doing better now. He says the right mix of medications and the group meetings of the IOP played key roles in his improvement, but most of all he attributes his healing to the IOP staff. “I felt cared for on a personal level. The staff pays attention to everything you say; they are excellent listeners and they remember what you have said before. I was treated as an individual, and I was encouraged to be my own advocate. They assisted me with administrative matters and paperwork — something not to be discounted under the debilitating effects of depression and anxiety. The doctors, nurses and other staff of the IOP literally saved my life.”

John has returned to work, and he continues to take his medication and see a therapist. Although he worries about the impact of his illness on his children, he focuses on the positive life lesson they received, of seeing him seek help and get better. He is getting his life back and best of all, he is able to once again appreciate the ordinary miracle of happy little feet, bouncing along a hall, announcing the start of a new, and brighter, day.