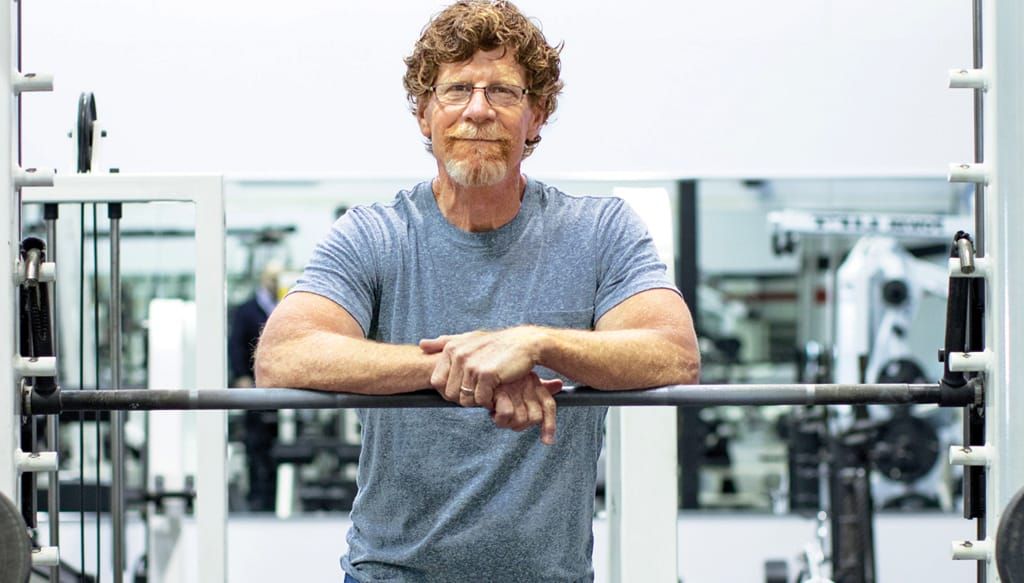 Pat Slowey: Back in the gym again

Every year in the fall, Pat Slowey looks forward to getting on his bike and cycling around the region, enjoying the beauty of the season while getting great exercise. Pat, 61, is a retired businessman, father of five and self-described fitness nut who lives in Upper St. Clair with his wife, Annie. He knows to expect a little temporary discomfort when he first gets back on his bike, but in September 2017, that discomfort felt worse than usual and did not resolve.

“I called my urologist, Kevin P. Bordeau, M.D.; I’ve been seeing him for PSA (prostate specific antigen) blood tests for five or six years. My PSA level was up and he recommended a biopsy. That made me nervous, so he said we could get an MRI instead. The MRI came back clean, to my great relief. But the follow-up PSA a few months later was elevated, and there was no choice but to do a biopsy.” Ten of the 12 tissue samples were cancer. It was a shock to Pat and his wife.

A dedicated athlete, Pat lifts weights, does Pilates, eats healthfully and is in great shape. He is retired and owns a popular gym, St. Clair Fitness in Upper St. Clair, where he regularly works out. “I’m very healthy; I don’t smoke or drink; I’ve never been in the hospital and I don’t look my age. It was hard to accept that I had cancer. My kids (Dan, Kevin, Pat, Bridget and Maggie) think I’m indestructible. Right away I did research and called a doctor friend who helped me understand it and opened my eyes. I prepared for the surgery by seeing my Pilates instructor twice a week, for exercises to strengthen my pelvic floor.”

Dr. Bordeau recommended robotic prostatectomy, the removal of the prostate gland using the da VinciTM robotic surgery system. Dr. Bordeau has extensive experience with this technology, and also with a nerve- sparing and nerve-monitoring technology that preserves the nerves that control urination and erections. “The great fear that people have is that the nerves will be severed during surgery,” Dr. Bordeau says. “This technology enables me to pinpoint the location of the nerves in order to avoid them.” Initially, Pat considered having brachytherapy, a type of internal radiation therapy in which tiny radioactive seeds are implanted in the prostate gland. With this treatment option, there is a lower risk of nerve damage. “The thought of wearing diapers and being impotent is a major concern, but I realized that I had to do whatever it took to stay alive,” he says. “When I considered the potential for the cancer to spread, I knew I needed to have the surgery. I want to live. Cancer has a way of grounding you; you become clear about what really matters.”

Pat’s surgery took place at St. Clair Hospital in July 2018. He spent two nights in the Hospital, and although he experienced post-op pain due to bladder spasms, his overall experience was strongly positive. “I was blown away by St. Clair Hospital,” he says. “It’s an extraordinary place. Dr. Bordeau and the nurses treated me like I was family. When I was in pain, the nurse manager on 6E, Sharon Cropp, R.N., said to me, ‘I’m so sorry that you’re having pain.’ It mattered to her that I was having pain! When you’re scared and hurting, that empathy means so much.”

Other patients at St. Clair Hospital would not be surprised at Pat’s assessment of the Hospital’s nurses, who consistently rank in the top decile nationally for the skill they demonstrate, for their attention to special or personal needs, and for keeping patients informed, among many other things that make a difference during a hospitalization.

As a former corporate chief commercial officer who is covered by United Healthcare insurance, Pat understood that executives appreciate positive feedback on nurses, physicians and other caregivers. He sent an email to St. Clair President and CEO Jim Collins, praising the remarkable care he had experienced, and Jim invited him to have breakfast. “I told Jim Collins that St. Clair seems to have a ‘secret sauce’ — something very special that the entire staff knows and practices. I could have gone to any hospital. My son Kevin played major league baseball for eight years; he has great connections and he made an appointment for me at Cleveland Clinic. He said, ‘Dad, you have to go to the best place.’ Well, I had the best surgeon, Kevin Bordeau, and I quickly learned that I was at the best hospital, St. Clair Hospital.”

Today, Pat’s PSA is clean and he has fully recovered. He attended Dr. Bordeau’s prostate cancer support group and found that very helpful. He says he was working out again just three weeks after his surgery, and it took about four months for him to get completely back to his pre-surgery condition — although he has not tried biking yet.

“Cancer tests your faith; it was hard on me, but also on my wife and my kids. I realize cancer is random and I dodged a bullet. I feel blessed and grateful. Dr. Bordeau is incredibly skillful and the nerve-sparing technology is a bonus. He handled everything perfectly and that gave me confidence. I hug him when I see him because he saved my life.” His experience has made him an activist for prostate cancer screening. “There is so much ignorance about prostate cancer that it’s shocking,” he says. “Guys don’t want to face this; they hear stories about erectile dysfunction and they’re afraid. Well, mine is a good story with a great outcome and I share it. I post information about prostate screening in my gym.

“My Dad died when I was in my 20s and I never really knew the family medical history. You can’t go by that anyway; you have to get the screening. Prostate cancer is a very common cancer in American men. Don’t wait until you have symptoms, but if you have symptoms, see your primary care physician or urologist as soon as possible. Looking back, I realize that I was having a symptom, with trouble urinating at night. I’ve had guys tell me that they aren’t worried, because prostate cancer has a 90 percent cure rate; my answer is that if you don’t get your PSA screening, you might not be in that 90 percent.” 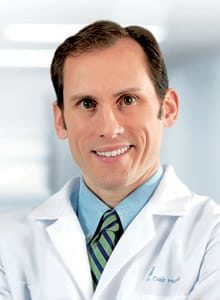 Dr. Bordeau specializes in urology and robotic / minimally invasive surgery. He earned his medical degree at Tufts University School of Medicine, Boston, and then completed a residency in urology at Eastern Virginia Medical School, Norfolk, Va. Dr. Bordeau is board-certified by the American Board of Urology and is a Fellow of the American College of Surgeons. He practices with St. Clair Medical Services.