The importance of a good night’s rest has been well reported  in recent years, as more and more research has revealed how sleep benefits the body, mind, heart, waistline and more. Yet 1 in 3 Americans still don’t get enough sleep to keep themselves well rested and healthy. Why?

While it’s easy to point to our busy lifestyles as a common problem, for millions of Americans, their lack of good rest can actually be pinned on underlying health problems. Sleep apnea, for example, is a common reason that restful nights become nothing more than a sweet dream. Fortunately, modern medicine is able to address this disrupting condition, keeping it from robbing millions of people of rest – and that work is  being carried out at St. Clair Hospital. 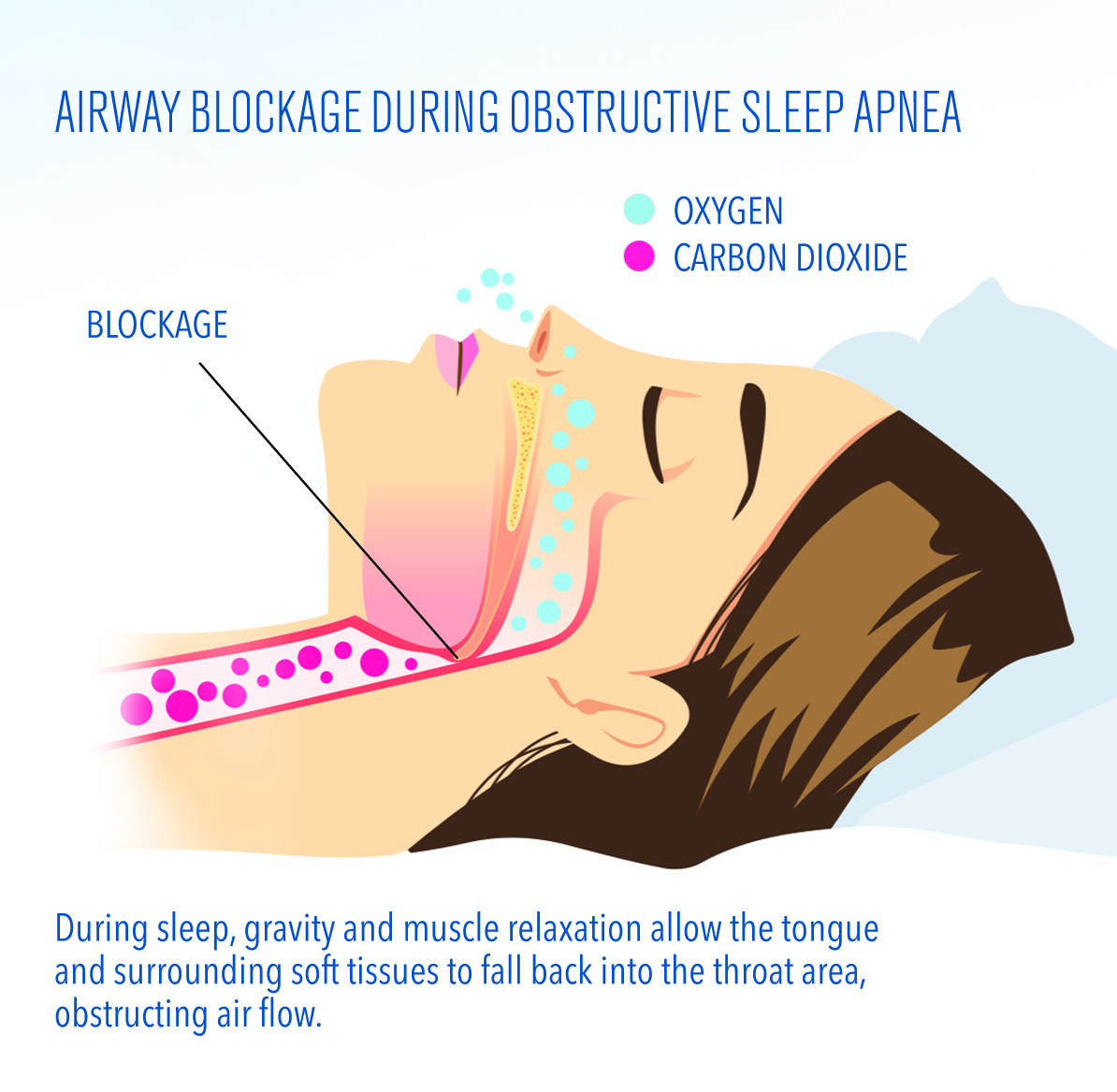 Understanding Sleep Apnea – How It Happens And What It Does

To understand the dangers of sleep apnea, it’s important to understand the role that sleep plays in our lives. When we sleep, our bodies recharge and reset, working on regulating hormones, growing new cells, repairing tissues, and keeping our brains healthy. Both the quantity and quality of our sleep matters; so sleeping badly or sleeping too little will both ultimately adversely affect our energy, mood, appearance, and overall health.

Sleep apnea makes obtaining restful, healthful sleep even more difficult – even impossible. How? The reason will vary depending on the type of disorder someone is suffering from. There are two types of sleep apnea — central sleep apnea is rare and originates in the brain, while obstructive sleep apnea (OSA) is a breathing disorder.

OSA’s symptoms have become more widely recognized in recent years. OSA sufferers tend to deal with light and erratic sleep that’s punctuated by snoring and interrupted by periods of apnea – literally, the cessation of breathing. These apneic episodes vary in length, from mere seconds to long minutes, and are often followed by gasping and choking as the body wakes itself back up to get oxygen.

This means that people with OSA can’t reach the deep level of restorative sleep that is essential to health and optimum functioning. With OSA, one never feels well rested. Instead they deal with fatigue, headaches and shortness of breath during the day. Worse, OSA not only robs one of sleep, but it also deprives cells throughout the body of the oxygen they need to perform their vital processes; the apnea episodes results in hypoxia – that is, an abnormally low level of blood oxygen.

Lack of sleep and lack of oxygen combine to increase an OSA patient’s risk of numerous serious health issues. OSA is associated with hypertension, coronary artery disease, atrial fibrillation and other heart rhythm disorders; stroke, memory loss and dementia; diabetes and metabolic syndrome; and erectile dysfunction. The condition can also lead to “drowsy driving,” increasing the risk of a patient being in a motor vehicle accident.

What causes the problem in the first place? OSA happens when the airway becomes blocked by excess tissue and lax airway muscles. Obesity is a primary cause, but not the only cause. Sometimes, it is simply a characteristic of an individual’s personal anatomy, such as a small airway, large uvula or tonsils.

From Wakefulness to Restfulness: How St. Clair Hospital Can Help

OSA affects an estimated 18 million American adults, and each of these individuals is likely to live a less healthful life as a result of their condition. The good news is that while sleep apnea is chronic, it’s also highly treatable – it just requires lifetime management, per a doctor’s orders and a confirmed diagnosis.

At St. Clair, a state-of-the-art Sleep Disorders Center can provide Pittsburgh residents with a diagnosis and treatment of obstructive sleep apnea (as well as narcolepsy, periodic limb movement disorder, and other sleep-related conditions). The center operates seven days a week, and can carry out a sleep apnea test – or polysomnogram and analysis – to confirm a sleep disorder diagnosis. Tests at the center also ultimately determine the severity of the condition and guides the initiation of treatment.

The tests are carried out during a sleep study, where a patient stays overnight in the center so that medical equipment can monitor and record their apneic episodes, oxygen levels, vital signs, eye movements, EEG (electroencephalogram) and leg movements. This abundance of clinical information allows doctors to best identify the severity of a patient’s case, and help them better address it.

St. Clair’s technicians will often wake patients once they have identified a specific pattern of apneic episodes, and will then have them try wearing a nighttime device that delivers continuous positive airway pressure (CPAP). CPAPs prevent tissue collapse and, thus, subsequent obstruction. Some technicians also have patients try a BiPAP, which delivers two levels of pressure to the airway. While CPAPs rely on a single point of pressure to help patients with their breathing, BiPAPs also include a small compressor that blows humidified air into the upper airway, providing a source of oxygen for patients that need it. Depending on the results, doctors will likely prescribe the use of one of these machines to a patient with a confirmed case of OSA.

The testing will admittedly require a bit of time on a patient’s part – but it’s well worth it. And the effectiveness of sleep studies and prevalence of sleep apnea are definitely visible at St. Clair Hospital. “The demand for testing is high, and we are very busy,” according to Karen S. Gannon, BSRT, RPSGT, Manager, Respiratory Care/Sleep Disorders Center at St. Clair Hospital. “St. Clair’s Sleep Disorders Center has a reputation for excellence in conducting and interpreting sleep studies, so physicians from all over the region refer patients to us. Every member of our staff is certified as a sleep technologist, or polysomnographic technologist. The training and certification process is intense and demanding; you really have to know the specialty to become certified or registered.”

St. Clair Hospital staff work every day to provide a better quality of life to our patients, and sleep apnea sufferers are no exception. You can read more about our sleep studies and the impact they’ve had on patients in our next blog post, or by downloading our Summer 2016 edition of HouseCall Magazine.