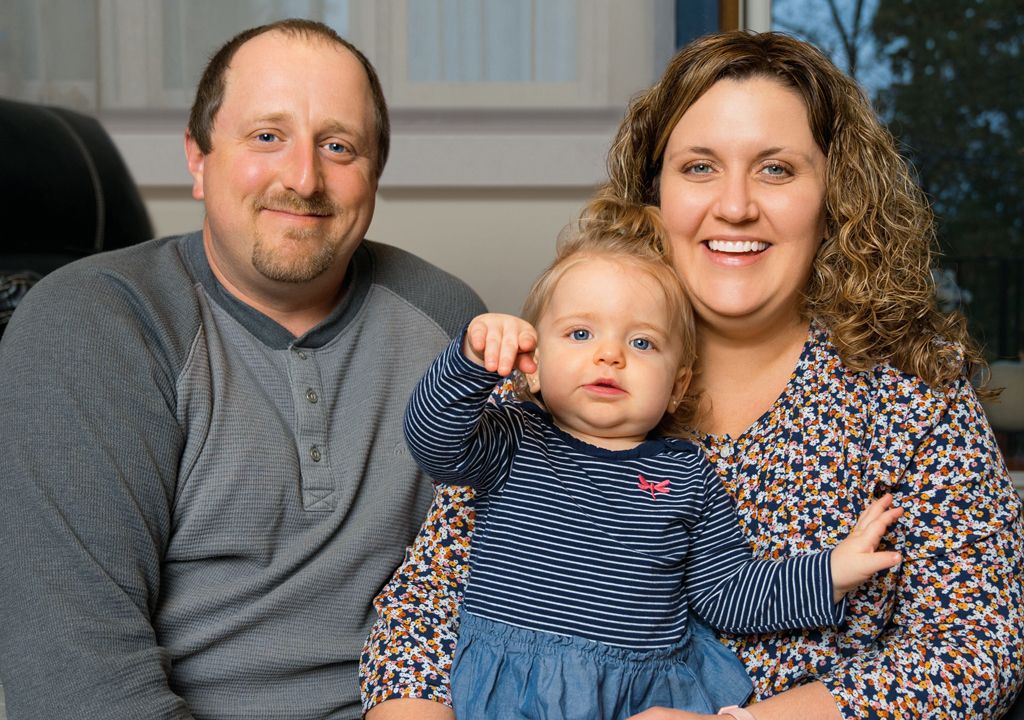 Michal Roup: Things can get complicated

Michal Roup had been planning her pregnancy for five years. She was on medication for bipolar depression, and she wanted to be sure she could have a pregnancy that would be safe for her and her baby.

Finally, after years of discussion with her St. Clair Hospital OB/GYN, Deborah A. Lenart, M.D., Michal and her husband, Ian, decided it was time.

The pregnancy went well, and the baby was growing well. In fact, ultrasounds toward the end showed the baby might weigh as much as 10 pounds. “At that point, we had to talk about options,” says Dr. Lenart. “Michal’s cervix was unfavorable. She wasn’t going into labor. The question became whether to opt for induction or a C-section.” After considering all the factors, Michal and Dr. Lenart decided to schedule a C-section.

On October 11, 2018, Michal and Ian arrived at St. Clair for the surgery. “Everything went wonderfully,” says Michal. “Daphne Marie was born weighing 9 pounds, 10 ounces.” The couple went back to their suite, where the new mom tried to breastfeed. Her blood pressure was low, so the team ordered fluids and medication. “An hour later, things weren’t looking right,” says Dr. Lenart. Michal’s nurse, Lauren Bodnar, R.N., felt the same way. She stayed with Michal, one-on-one, for longer than usual. Another hour later, Michal felt like she was going to pass out. Her blood pressure had dropped, and she became critically ill. “Lauren checked my incision, and then everything went south,” Michal says. She was bleeding internally. Ian adds, “Everyone came rushing in, just like you see on TV.”

Dr. Lenart had Michal transferred to the Intensive Care Unit (ICU), where they rapidly began replacing her blood. “I ended up taking her back to the operating room,” remembers Dr. Lenart. “Another OB/GYN helped with the surgery. She was bleeding. She didn’t have the ability to clot her blood.” The doctors applied some clotting products and sent her back to the ICU.

Michal was experiencing a rare case of anaphylactoid syndrome of pregnancy, a severe reaction to amniotic fluid entering the mother’s blood stream. Approximately 50 percent of women who experience the syndrome die from it. “It was terrible,” says Dr. Lenart.

“I really think it was early recognition, aggressive treatment and a team effort that saved her life,” the doctor adds. “We aggressively replaced the products she was losing — blood, fluids, cryoprecipitate, fresh frozen plasma and platelets.”

Michal stayed in the ICU for two days. Ian remembers her having IVs all over. “Every day, she had fewer tubes, so I knew she was going to be okay.” When she began to pass urine, Dr. Lenart knew Michal had reached a turning point.

Michal went back to the Family Birth Center, where she stayed another five days. Ian was constantly by her side. “They have a pretty comfy couch, and they let you order meals,” he says with a chuckle. On a more serious note, he adds, “I got to know everybody at the Family Birth Center. They would do whatever they could for you.”

For any patient in that situation, even the smallest acts of kindness make a big difference. Michal recalls a nurse who went above and beyond. “I have naturally curly hair. After being at the Hospital for seven days, it was a frizz ball. I couldn’t take a shower. One nurse helped me wash my hair in the sink. She understood and made me feel so much better.”

Once Michal gained enough strength to care for Daphne, the family returned home. Unfortunately, her depression returned as well. “I had continued my regular medication for bipolar depression throughout my pregnancy,” she says. “But I had lost so much blood, there was nothing left in my system.” Fortunately, she received help relatively quickly from her psychiatrist.

Today, the family is happy and healthy. Recently, Dr. Lenart ran into Michal and Ian as they were taking Daphne for a walk around a local lake. For a moment, she was overcome with emotion. “I know that a patient who comes to St. Clair is going to get excellent care,” Dr. Lenart says. “I don’t doubt that for a minute. Bad things happen sometimes. Things can get complicated. But if you’re in a place where the people are capable of managing it, you can have a great outcome. This is a high-level hospital that can take care of nearly anything, whether it’s anticipated or unanticipated. You’re always going to get personalized, excellent care.”

Michal is living proof. “The individual care you get there is really unique,” the new mom says. “It’s a top-of-the-line facility.” 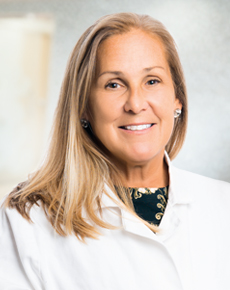 Dr. Lenart specializes in obstetrics/gynecology. She earned her medical degree at Wright State University, Ohio, and completed a residency at the University of Texas. Dr. Lenart is board-certified by the American Board of Obstetrics and Gynecology. She practices with Advanced Women’s Care of Pittsburgh, P.C.