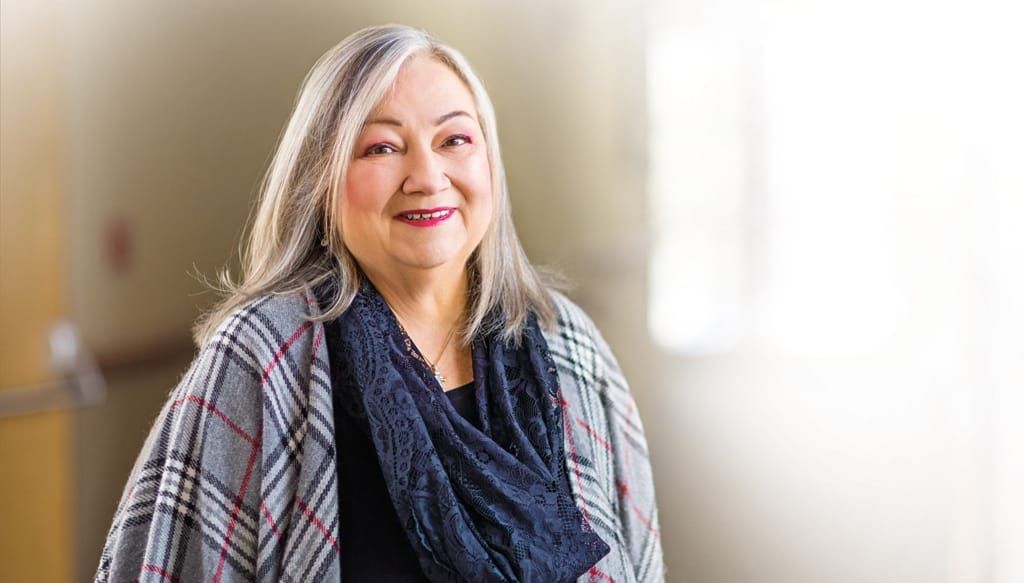 Kathy Reveille: Out and about, again

Written on May 9, 2019. Posted in Cardiac Care, Patient Stories.

Kathryn (Kathy) Reveille, 64, of Baldwin Township, has been looking forward to the warm weather of spring, so she will finally be able to take her two dogs, Ollie and Barney, for a walk. It’s been a long time since she was able to do that, but thanks to a life-changing procedure performed at St. Clair in February, she can look forward with confidence to a renewed, healthier way of life.

For several years, Kathy has been living with severe, chronic atrial fibrillation, the most common form of arrhythmia, or cardiac rhythm disorder. Atrial fibrillation (or AFib) occurs when the heart’s atria, or upper chambers, contract in an erratic and ineffective way, resulting in an irregular heartbeat and palpitations. In this state, the heart cannot sufficiently pump oxygenated blood to the body’s organs, resulting in symptoms that range from minimal to severe. Kathy’s symptoms were severe and disabling: “I couldn’t cross a room without becoming short of breath, and my heart rate was so high that my chest hurt. I had pain, constant anxiety and fluid retention; I gained a lot of weight. It got to the point where I couldn’t even go to the supermarket. I love my dogs, but I could no longer take them for walks; I was in and out of the hospital. My life had become very difficult.”

As an experienced and versatile registered nurse who had worked in critical care, public health and other specialties, Kathy was well informed about her condition. She was seeing a team of expert St. Clair Hospital physicians: Dr. Liu; Ryan W. Zuzek, M.D., an interventional cardiologist; and Stephen G. Hudak, M.D., an internist. Despite their interventions, Kathy’s atrial fibrillation did not respond to medications that usually help control heart rate and rhythm, and a 2017 ablation, in which scar tissue is created inside the heart to interrupt rogue electrical signals, did not resolve the condition. “Things were looking bleak,” Kathy says. “I kept getting worse, and I was desperate for help.”

Help arrived in December 2018, when Dr. Liu told Kathy about Dr. Kiser, the new Chief of Cardiac Surgery who was coming to St. Clair in January. Dr. Kiser is an internationally recognized cardiothoracic surgeon, known for developing innovative, minimally invasive procedures for cardiac surgery and for the surgical treatment of atrial fibrillation. “Dr. Liu said, ‘He’s the pioneer of a new ablation procedure with a high success rate,’ Kathy recalls. “Finally, I had reason to be hopeful.”

According to Dr. Liu, Kathy was an excellent candidate for the hybrid ablation procedure. “Kathy had severe, complex atrial fibrillation with heart failure and shortness of breath; she was very compromised. She was perfect for the hybrid ablation procedure for several reasons: first, because she had persistent atrial fibrillation that had not responded to previous treatment; she was in atrial fibrillation all the time. Second, she had co-morbid conditions that had compromised our previous success in treating her. A more aggressive approach was definitely indicated.”

Kathy understood that Dr. Kiser was able, with special surgical tools that he designed, to go to places in the heart where traditional ablation could not go. Dr. Kiser uses a laparoscopic instrument that he inserts under the breastbone, to reach the back of the heart. “This is how I understood it,” Kathy says. “Dr. Kiser goes to the outside of the heart, through the upper abdomen, and Dr. Liu goes to the inside, through the groin; together they do essentially the same thing to destroy the pathways that make my heart beat erratically.”

The procedure took place in mid-February. Dr. Kiser did his portion of the procedure first, followed by Dr. Liu. The procedure went perfectly, and her heart converted to a normal sinus rhythm quickly, during Dr. Kiser’s portion of the surgery. “It was a place at the top of the left atrium that was easy for me to reach,” says Dr. Kiser. “We were ready. The Electrophysiology (EP) Lab and the Operating Room (OR) were well prepared; we had done a simulation, and everything fell into place perfectly. There wasn’t a single problem.”

Post-operatively, Kathy was cared for in St. Clair’s Cardiovascular Surgery Unit (CVSU), and was discharged to home in three days. Kathy’s heart rate is now steady in a normal sinus rhythm and she is free of symptoms. She no longer needs blood pressure and other cardiac medications. She is getting her strength back and thinking about returning to work. “I finally have hope for a normal life. I recommend that anyone who is struggling with atrial fib consider seeing Dr. Kiser and Dr. Liu. I have so much respect for both of them. The whole team at St. Clair was first rate.”

Dr. Kiser says that Kathy’s prognosis is excellent. “Kathy will be able to resume normal activities and regain her quality of life. We’ll see her every two to six weeks for a while, and then on a regular basis over three years.” 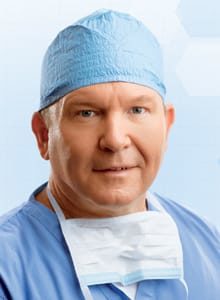 Dr. Kiser earned a B.S. in biology with honors and distinction, and a medical degree with honors from the University of North Carolina at Chapel Hill. He subsequently completed a residency in general surgery there, as well as fellowships in cardiac and thoracic surgery. From 2011 to 2016, he served as the Chief of the Division of Cardiothoracic Surgery at the University of North Carolina at Chapel Hill, where he was also the Byah Thomason- Sanford Doxey Distinguished Professor of Surgery. Dr. Kiser served as the J. Mark Williams Distinguished Professor in Cardiac Surgery, Chief of Cardiac Surgery, and the Director of Cardiovascular Surgical Services at East Carolina Heart Institute, which is affiliated with East Carolina University, in Greenville, North Carolina. In May, 2018, Dr. Kiser earned an MBA degree from the Kenan-Flagler Business School, also part of the University of North Carolina at Chapel Hill. Dr. Kiser practices with St. Clair Medical Services. 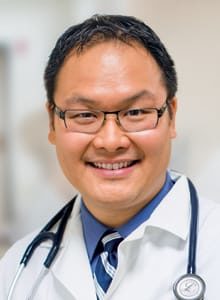 Dr. Liu earned a B.S. in general science while studying in the accelerated six-year B.S./M.D. program at The Pennsylvania State University, State College, before earning his medical degree at Jefferson Medical College, Philadelphia. He completed a residency in internal medicine at the University of Maryland Medical Center, served as Chief Resident at the Baltimore VA Medical Center, and completed fellowships in cardiovascular medicine and clinical cardiac electrophysiology at UPMC. Dr. Liu is board-certified in cardiology, cardiac electrophysiology and internal medicine by the American Board of Internal Medicine. He practices with St. Clair Medical Services.