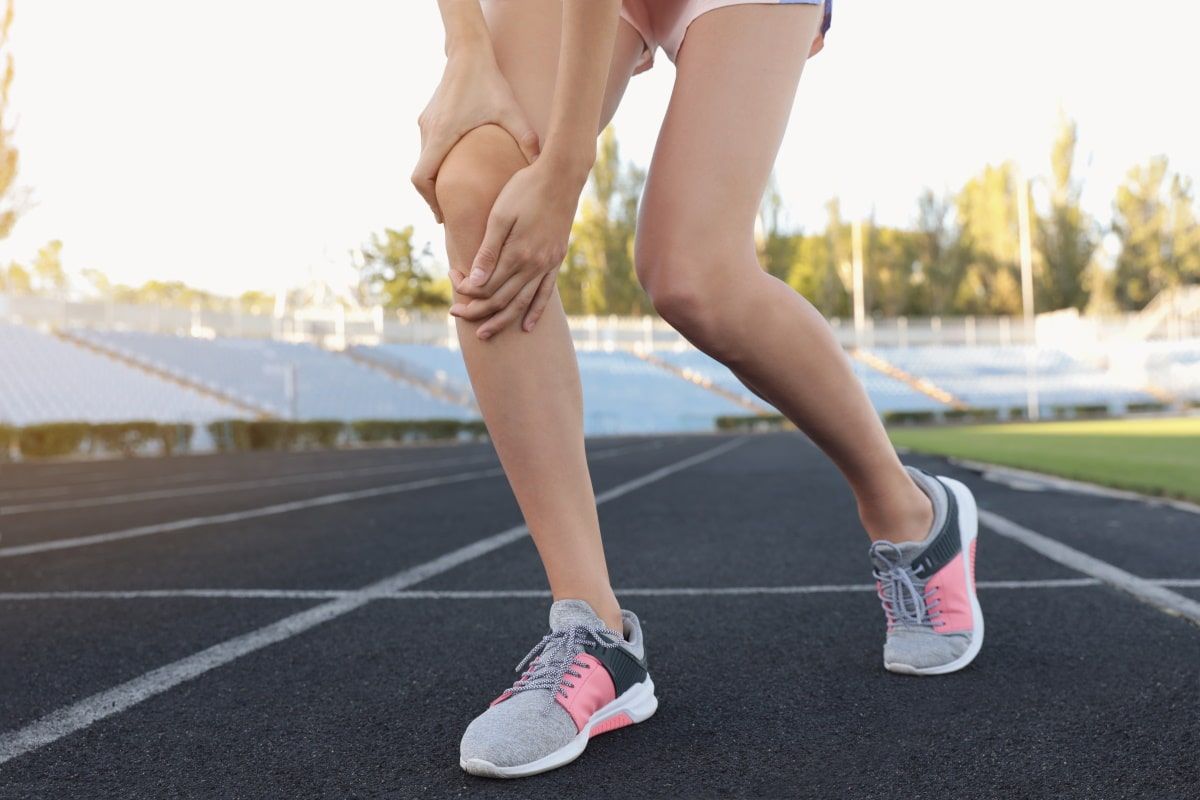 There’s been a shift in youth sports. Whereas in the past kids tended to play different sports in different seasons, exercising different muscle groups and parts of their bodies, the trend today is for kids in competitive leagues to dedicate all of their athletic activity to one sport—soccer, baseball, lacrosse, hockey, basketball—year-round, practicing several times a week, using the same muscles.

That’s led to injuries like ACL and labral tears occurring more often in younger athletes. Injuries that set those athletes up for arthritis in later years and even lead to joint replacement. This over-specialization, or professionalization of youth sports, producing single-sport athletes leads to higher rates of injury. Surgeons can repair the structure of injured joints, but they can’t undo the damage that’s been done, which often leads to further accelerated wear of cartilage, which in turn leads to arthritis.

Too much, too soon.

Shaka Walker, MD, is an orthopedic surgeon with a subspecialty in sports medicine at St. Clair Medical Group Orthopedic Surgery. His focus is helping people keep their joints healthy and treating injuries to help patients avoid developing arthritis later on. “I see patients as young as eight playing competitive baseball, soccer and hockey with a frequency and intensity that used to occur with much older athletes. Their coaches tell them that more is better—more reps, more snaps, more hits, more passes, more touches. But these are children who are growing and developing. They can overstress their body to a point where they start becoming chronically injured. I see kids who get tendonitis, and they end up in a boot and don’t want to rest. Because if you’re out for a month you miss three or four games, and you might lose your starting position.”

Dr. Walker believes parents need to ask the right questions of coaches before their child plays any sort of competitive sport, such as what they do in terms of injury prevention and how they deal with issues of athletic fluency—an athlete’s ability to perform specific movements and skills as easily and swiftly as possible.

By the time an adult sees a doctor with bone-on-bone, advanced arthritis, the process likely started 20 or 30 years ago—when interventions could have helped preserve the joint. “One of the most common symptoms is intermittent pain that occurs with activity,” says Dr. Walker. And people think, ‘well, it’s probably not a huge deal.’ But every time you feel joint pain, especially with activity, that’s the joint telling you there’s something wrong. If you ignore it, you can start to accumulate damage that can lead to arthritis and possible joint replacement.”

“It’s also important to maintain a healthy weight. Joints can tolerate only so much physical stress and strain. For weight-bearing joints like hips and the knees, weight is a major driver of arthritis. I tell my patients about maintaining the right type of diet. Eating a mix of fruits and vegetables, staying away from refined sugars, and eating the right types of proteins. Plant-based proteins, for instance nuts like almonds and walnuts, tend to reduce inflammation, as does olive oil. Fish like salmon that contain a lot of omega-3 fatty acids are very healthy for joints.”

For younger patients, Dr. Walker recommends maintaining a body mass index below 25, making sure they’re doing the right type of strengthening and weight bearing exercises to strengthen the muscles that support their joints, and monitoring their activity to avoid additional strain or damage to those joints.

“Exercise can help preserve joint health,” he says. “People at an ideal body weight who have good muscular strength and exercise regularly decrease the likelihood of developing osteoarthritis over the long term. From an evidence-based standpoint, those are the best things you can do to preserve the health of your joints.”

Dr. Walker specializes in orthopedic surgery. He earned his medical degree at Georgetown University, Washington, D.C., and completed a residency in orthopedic surgery at University of California, San Francisco, with subspecialty training in Sports Medicine. He later served as Chief of Orthopedic Services and Director of the Sports Injury Clinic at Landstuhl Regional Medical Center, Germany. Dr. Walker is board-certified by the American Board of Orthopaedic Surgery. He practices with St. Clair Medical Group.