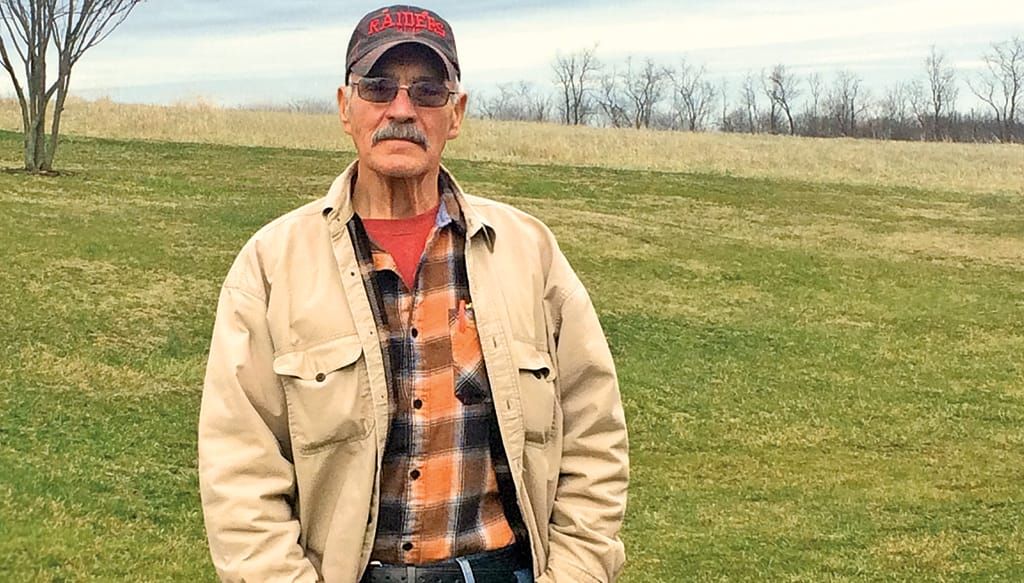 John Hvizda: Back on the farm

One day not long after John Hvizda, 72, of Waynesburg, Greene County, was diagnosed with esophageal cancer, a neighbor pulled up to his house unexpectedly. Jesse wasn’t a close friend, but more of an acquaintance, and John invited him in, wondering what this visit was about. It was about cancer: Jesse had heard about John’s diagnosis of esophageal cancer and he thought he might be of some help. Jesse himself was recovering from the same cancer and had undergone the exact procedure and treatment that John was facing. John says that Jesse told him what to expect and gave him pointers about how to manage his recovery. It was, John says, enormously reassuring to hear from someone who could speak from experience, and he is grateful that Jesse took the initiative to approach him.

In the summer of 2016, John was referred to St. Clair’s Chief of Thoracic Surgery Richard H. Maley, Jr., M.D., after an endoscopy revealed cancer. “John initially presented with difficulty swallowing and indigestion, and he had a cardiac workup done and three stents placed,” Dr. Maley says. “He experienced some esophageal bleeding, so an endoscopy was performed and it showed esophageal adenocarcinoma, a five-centimeter mass at the gastroesophageal junction (where the esophagus meets the stomach) and one strongly positive lymph node on the right side of his neck. Biopsy of the node showed cancer cells. The tumor wasn’t causing obstruction, fortunately, so nutrition was not a problem. Since the cancer had spread only to a lymph node and not to his liver or another organ, and because he is young, we were more aggressive and gave him chemo.”

Dr. Maley consulted Robert A. VanderWeele, M.D., a board-certified specialist in hematology and medical oncology, who ordered a course of pre-op chemotherapy. A repeat PET (positron emission tomography) scan showed the lymph node had become negative after the chemo, and this was great news. In Sept 2016, John had surgery at St. Clair: an esophagectomy. “Dr. Maley removed the cancer, which was right at the spot where the esophagus enters the stomach,” John says. “He pulled my stomach up to my throat and re-attached it, so I now have a new, shorter esophagus. He also removed lymph nodes. I had more chemo after the surgery, and the whole experience was rough, but it cured me.”

The post-op pathology showed that 22 nodes were negative and there was no viable tumor remaining. “He had what we call a complete pathological response, which gives him the best prognosis,” Dr. Maley says. “John’s recovery was mostly uneventful, although he has needed a few esophageal dilations. As of now, he has no evidence of disease, based on his PET scans.”

John, who is insured by Colonial Penn, is appreciative of Dr. Maley’s skill and the personal concern he shows for his patients. “The surgery was more radical than I expected, but Dr. Maley took great care of me, all the way through. I was in St. Clair for 11 days. The nursing care was great; I was treated like a king. But Dr. Maley regularly checked on me himself. I like that he’s very direct and he always kept me informed.”

John lives in Waynesburg with his wife, Darlene, on a 100-acre farm that he shares with his brother-in-law. He’s retired after 37 years of working for a power plant, and he and Darlene keep busy and active with the farm, travel and family events. Their two daughters and their families live nearby, and the Hvizdas enjoy attending high school wrestling matches to see their grandsons Trey and Ryan compete. They also have two granddaughters, Camryn and Caitlyn. For John, one of the most challenging aspects of having cancer was having to give up his usual activities. “I didn’t like being struck down, but the chemo made me feel tired.” His endurance was aided by support from family and friends who came to help with the farm, mowing the grass and bringing meals.

He has a deep appreciation for those who step up to help in times of crisis. In 2015, John’s family experienced a devastating loss when his son-in-law Chris Dugan died of cancer. “Chris was a strong, healthy young man, my best friend and the best man I ever knew,” John says. “My granddaughters lost their dad. It was hard to believe it when cancer happened in our family again about a year later.” His appreciation for the generosity of others has inspired him to “pay it forward,” and so when Dr. VanderWeele asked him if he was willing to talk to one of his patients about his cancer experience, he was happy to help. “He wanted me to help a woman who had the same diagnosis as me. I remembered how much it helped me to have Jesse to talk to, so I wanted to do that for her.”

John is fully recovered, regaining the weight he lost and keeping busy tending his farm. In 2018, John was well enough to take a trip to Nova Scotia. He and Darlene are looking forward to more travels, and they are grateful to the physicians and nurses whose excellent care has made that possible.

“I want to especially thank Dr. Maley and Dr. VanderWeele; Mohan S. Phanse, M.D., my gastroenterologist, who discovered my cancer and referred me to them; and the incredible nurses of St. Clair Hospital. They were as happy for my success as we were.” 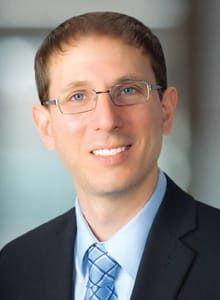 Dr. VanderWeele specializes in hematology/ oncology. He earned a medical degree at Drexel University College of Medicine, and then completed a residency in internal medicine at UPMC. He later completed a fellowship in hematology and oncology at UPMC. Dr. VanderWeele is board-certified by the American Board of Internal Medicine, and is affiliated with UPMC Hillman Cancer Center. His practice at St. Clair Hospital is in-network for all major insurers. 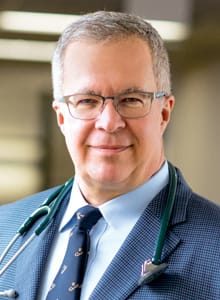 Dr. Maley is Chief of Thoracic Surgery at St. Clair Hospital. He earned his medical degree at Hahnemann University School of Medicine. Dr. Maley completed a residency in general surgery and a fellowship in trauma and critical care at the University of Kentucky, and a residency in cardiothoracic surgery at UPMC. Dr. Maley then completed a fellowship in thoracic surgical oncology at Memorial Sloan Kettering Cancer Center, New York City. He is board-certified by the American Board of Thoracic Surgery and is a Fellow of the American College of Surgeons. Dr. Maley practices with St. Clair Medical Services.