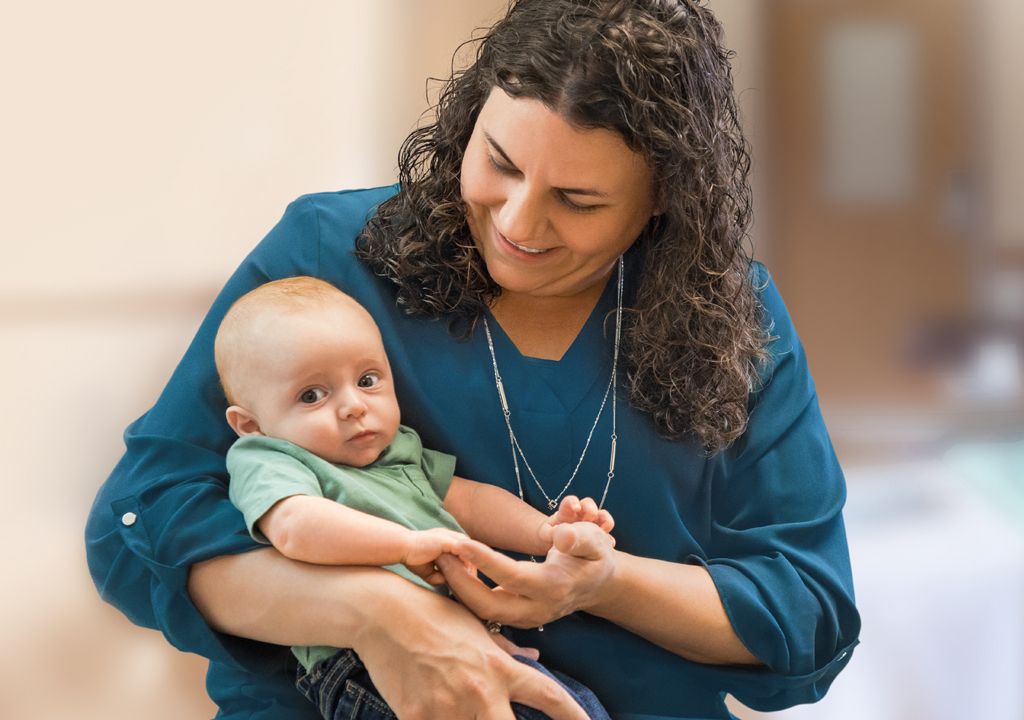 When Jennifer “Jenn” Boal wanted to have a second child, she knew exactly who she wanted her doctor to be and where she wanted to deliver. Jenn and her husband, Ryan, had had their first child, Conner, with St. Clair Hospital OB/GYN Paul M. Zubritzky, M.D. The Mt. Lebanon couple had struggled with fertility and Dr. Zubritzky had helped them conceive through medication. “You’re not just a patient with Dr. Zubritzky. You’re like part of his family,” says Jenn. “He listens to what you have to say. His medical knowledge and skill give you the confidence you need as a patient struggling with a medical issue.”

When the couple had trouble conceiving again, they ended up needing extra help, and Dr. Zubritzky referred them to a fertility clinic for advanced testing. The fertility clinic recommended In Vitro Fertilization (IVF) for the best chances of conceiving. “After five failed attempts, the sixth embryo finally decided to stick,” says Jenn of Mt. Lebanon. “Obviously, it was worth the effort.” It was the beginning of baby Collin.

At the time, Jenn was 35 years old. She developed gestational diabetes and high blood pressure, which led to more frequent monitoring. “Her blood pressure had started to creep upward,” says Dr. Zubritzky. “That required more surveillance to make sure it wasn’t affecting her or her baby.”

Throughout the pregnancy, Jenn was monitored twice weekly with ultrasounds, non-stress tests and biophysical profiles, which all check to make sure the baby is active and healthy. Due to her complications, she and her doctor scheduled an induction date of July 8. But an ultrasound on July 5 changed everything. The amniotic fluid around the baby was lower than it had been in previous ultrasounds. Dr. Zubritzky determined that they needed to move the induction date up and scheduled Jenn for July 6.

“I was scheduled to be induced for a normal, vaginal delivery,” recalls Jenn. “I felt great. Everything was going amazingly well. Then suddenly things went awry.” Dr. Zubritzky had broken Jenn’s water and was working with an anesthesiologist to perform an epidural. During that time, Jenn’s nurse, Laura Kelsch, R.N., was positioning her for the epidural. Then Laura asked them to get Dr. Zubritzky. “He came into the room cool, calm and collected,” remembers Jenn. “He said we had to do an emergency C-section.” The baby was in fetal distress.

Within six minutes, Jenn was moved to one of the operating rooms in the Family Birth Center, and Dr. Zubritzky, along with OB/GYN Amy B. Turner, D.O., delivered baby Collin. “My husband was still putting on his gown!” says Jenn. She remembers the baby came out screaming, crying and hungry. “The pediatric hospitalists let me know that he was doing great and very healthy. As soon as I heard that, I relaxed.”

But Jenn’s feeling of peace was short-lived. Although the C-section had gone well, Dr. Zubritzky had noticed that Jenn’s blood wasn’t coagulating as well as expected. He suspected her blood pressure problem, a condition called preeclampsia, was to blame.

In the recovery room, Jenn felt light-headed. Her blood pressure dropped when she tried to sit up. Dr. Zubritzky felt she might have lost more blood due to the emergency C-section. He recommended a blood transfusion. She did not respond. He ordered another transfusion. “After the second one, I started to feel a little better,” Jenn says. “Then I started getting stabbing pains, and I knew something wasn’t right.” She asked the staff for help. Dr. Turner came in to check on her. “When she walked in with the nurses, she immediately said I was hemorrhaging. She said they were going to have to do another surgery.”

Drs. Zubritzky and Turner reopened the incision, re-sutured areas and removed blood that had pooled in Jenn’s abdomen. She was returned to the recovery room. Lab work showed her blood count had dropped significantly, so Dr. Zubritzky ordered another transfusion and ordered her to be moved to the Intensive Care Unit (ICU). “We were satisfied with how the procedure went, but we weren’t quite sure she was out of the woods,” remembers Dr. Zubritzky. “She had lost a fair amount of blood and still wasn’t coagulating well.”

Jenn stayed in the ICU until the following morning. She was weak and groggy, but she was determined to see and breastfeed her new baby. “I had the most amazing nurse in the ICU,” says Jenn. “Emma Campbell (R.N., BSN), along with nurses from the Family Birth Center, helped me see Collin a couple of times to feed him. Emma brought me a breast pump and learned how to use it just to help me. She made sure I was comfortable all night.” When Emma’s shift was up, she stopped by Jenn’s room, handed her the call button and reminded her to alert the nurses if she needed anything. “At 7:36, I remember looking at the clock and thinking I was going to die,” Jenn says. She called for help and remembers the room immediately filling with doctors and nurses. Jenn’s vital signs were deteriorating. The ICU team provided the resuscitative efforts that stabilized her. But her abdomen was starting to swell. She was bleeding again.

This time, Dr. Zubritzky called for assistance from Thomas A. Simone, M.D., a vascular surgeon at St. Clair. “We got the team together and went to the main operating room at the Hospital,” says Dr. Zubritzky. This time, the bleeding was coming from the retroperitoneal space behind the covering that lines the abdomen. She required a transfusion of red blood cells, plasma and platelets.”

Dr. Zubritzky explains that retroperitoneal bleeding can occur due to extreme preeclampsia, the blood pressure condition which had worsened throughout Jenn’s pregnancy. “It’s something you don’t see very often,” he says. “But you have to be prepared. Luckily at St. Clair, we have great teams that work together. The nurses that took care of her were wonderful. The team was outstanding as usual.”

By this time, Dr. Zubritzky had stayed at the Hospital for three days to keep an eye on Jenn. “I kept having a feeling that something wasn’t right with her,” he remarks. “Being at the Hospital was better than being at home and monitoring her on a computer. Here I could watch the lab tests as they came in. I could go in and check on her. I wanted to be sure that I was able to give her the attention that she needed.”

Jenn was sent back to the ICU, where she continued to gain strength. Eventually, she returned to the Family Birth Center, where she could be closer to her baby. One final challenge awaited her. Collin was having trouble keeping his body temperature up. He was sent to the Family Birth Center’s Special Care Nursery, put in a warming bed and treated preventively with antibiotics. Despite incredible pain after her three surgeries, Jenn visited Collin as often as she could. “The Special Care Nursery staff was amazing. They always made me feel like I was doing everything I could as a mom,” says Jenn. She also fondly remembers nurses in the Family Birth Center who continually checked on her and even procured a more comfortable bed for her in the middle of the night.

Today, Jenn is happily home with her new baby, her six-year- old son and her husband. She’s still recuperating, and in fact, goes to the Hospital’s Wound Care Center for help with healing after all her surgeries. She’ll never forget her experience at St. Clair. “Everybody became like family to me. They really, truly cared about me,” she says. “Everyone was so encouraging and positive. They made me feel like I really mattered. I don’t think you get that everywhere.” 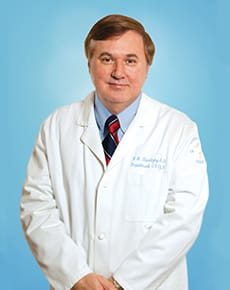 Dr. Zubritzky specializes in obstetrics/gynecology. He earned his medical degree at Temple University, Philadelphia, and completed a residency at West Penn Hospital, Pittsburgh. Dr. Zubritzky is board-certified by the American Board of Obstetrics and Gynecology. He practices with St. Clair Medical Services.