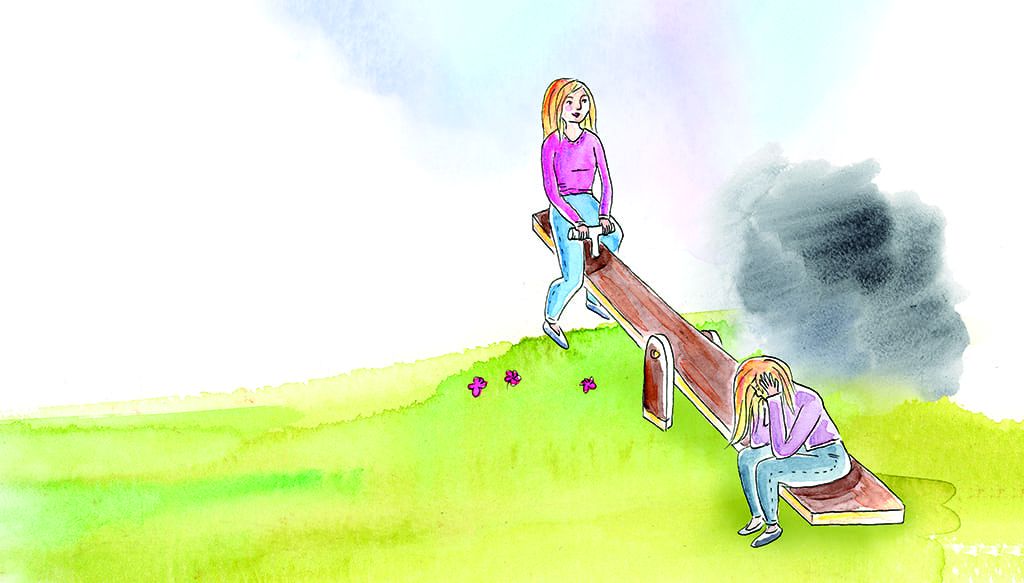 Hollywood has given the world a false and frightening image of electroconvulsive therapy (ECT), once known as shock treatments, in movies such as “One Flew Over the Cuckoo’s Nest” and “The Snake Pit.” These inaccurate depictions, says St. Clair Hospital psychiatrist Kenneth von der Porten, M.D., have done a disservice to psychiatric treatment and to patients who may benefit from ECT.

“ECT is one of the best treatment options we have for severe depression,” he says. “Fortunately people are more sophisticated today and most know better than to believe the movie portrayals. People may be initially resistant to ECT but when the procedure and the benefits and potential risks are explained, the patient can make an informed decision and most are willing to try it. ECT is a safe and effective treatment for severe medication-resistant depression and other types of mental illness. It’s not cruel and is never punitive.”

ECT can save your life, says Jane, a middle aged woman with bipolar depression who has been receiving ECT treatments for 20 years. Her psychiatrist, Bruce A. Wright, M.D., proposed it to Jane after several years of anti-depressant medication and therapy were not adequately relieving her depression. Bipolar depression is more challenging to treat, he says, because the person with bipolar depression also has episodes of mania. “It was a hard decision and I was initially scared,” she recalls. “My husband is very supportive and he encouraged me to try it. Over the years, the procedure has changed and it’s easier now. It was a much bigger deal 20 years ago; now it’s routine.”

ECT is a relatively benign procedure that induces a brief, generalized seizure. The treatment is used by psychiatrists primarily as a treatment for severe, medication-resistant depression; it is also useful, although rarely used, for treatment of mania, Parkinson’s, psychosis and to break status epilepticus, a dangerous type of prolonged seizure. The exact mechanism by which it works is not fully understood, but it can be very effective and it can work quickly. It came into use in the late 1930s, before there were effective psychotropic medications, and was widely used in psychiatric hospitals at the time. It fell out of use when Thorazine and other medications emerged in the 50s and 60s, but has made a comeback. In its current form, it is significantly modified from its original form in order to get maximum benefits with minimal side effects.

At St. Clair, patients can view an educational video about ECT. Most often, it is started while the patient is in the Hospital, which gives them an opportunity to talk with others who have experienced it. After that, ECT is provided in the outpatient surgery department. Dr. von der Porten is one of two St. Clair psychiatrists who perform it there. He initially does an assessment to determine whether the patient has a depression that might respond to ECT, since certain types of depression and other factors may make success less likely. A medical consultant assesses any medical risks that would enter into the decision. The treatments are performed in the PACU and involve inserting an intravenous line. Electrodes are placed on the patient’s scalp as a means of passing the electric current, and vital sign monitors are attached. An anesthesiologist gives the patient general anesthesia and a muscle relaxant. A small amount of electrical current is delivered and triggers a seizure, while an EEG (electroencephalogram) records constantly to measure brain activity and document the seizure. The actual seizure takes only about 20 to 60 seconds. The patient wakes up in the Recovery Room in about 5 to 10 minutes, and may be groggy for a few hours. The patient does not feel the seizure, but may experience a mild headache or mild muscle aches.

Jane experienced some memory loss in the early days of her treatments, which eventually resolved. “I didn’t want to lose my memories of my children’s childhoods. The doctors made adjustments to my treatments and my memory improved. There is no pain with ECT; sometimes I get a slight headache and I’m sleepy for a while after a treatment, but that’s all.”

Most people need six to eight sessions, three times a week, to get results. If that does not produce a good response, Dr. von der Porten says, then treatment can be extended — generally to a maximum of 12, although there is no hard and fast rule. “Occasionally, because major depression tends to be recurrent, a patient may need to be maintained with ECT on a longer term basis.”

Jane receives ECT on a monthly basis. She is doing well and she knows that if her symptoms get worse, she can increase her ECT treatments. She recommends that persons with depression and other types of mental illness approach all treatment, including ECT, with an open mind. “If your doctor recommends ECT, you should definitely give it a try, especially if your meds aren’t working well. It’s an option, and, to manage depression, you need all the tools you can get. ECT is one part of my treatment; I also participate in the support groups and I take anti-depressant medication. Mental illness is just another illness — you manage it like any chronic illness. St. Clair has given me many resources to do that; the whole program is well thought out. For me, St. Clair has been wonderful.” 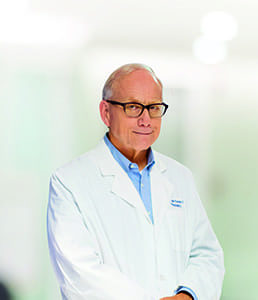 Dr. von der Porten specializes in psychiatry. He earned his medical degree at Texas A&M University College of Medicine, College Station, Texas. He did his post-graduate training at UPMC Western Psychiatric Institute & Clinic, where he also completed a fellowship. He is board-certified by the American Board of Psychiatry & Neurology-Psychiatry. Dr. von der Porten practices with Associates in Clinical Psychiatry, PC.