Ask A Doctor: Do People Still Get Their Tonsils Out?

We’ve all heard of tonsillectomies – or, in layman’s terms, “getting your tonsils taken out.” In fact, if you know someone who grew up between the 1950s and 1970s, the chances are high that they themselves had their tonsils removed. But while tonsillectomies are well-known among medical experts and the general public alike, it’s become surprisingly rare to hear anyone mention the procedure. 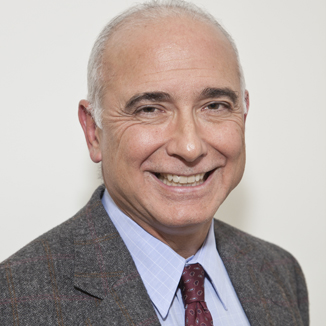 This begs the question: Are people still having their tonsils removed? Or has the procedure lost its popularity? To find out the answer and explore the history and modern uses of tonsillectomies, we sat down with St. Clair Hospital’s own Dr. David DeMarino, who specializes in otorhinolaryngology – that is, ear, nose and throat issues.

The History Of The Tonsillectomy

Tonsillectomies are a specific procedure performed on the tonsils: glands in the upper portion of the throat that help fight infection. Ironically, these infection-fighting masses often become infected themselves. This infections can be bacterial or viral in nature. And depending on the nature of the illness, it’s sometimes necessary to remove a patient’s tonsils – either with a scalpel, a laser, or a heated instrument.

Historically, Dr. DeMarino notes that, “Tonsillectomies were very common in the United States from the 1950s through the 1970s, with more than 1 million being performed each year, primarily on children ages 1-15.”

Today, however, this once common procedure is no longer a standard operating procedure. Why? Dr. DeMarino says that, “There are fewer tonsillectomies due to skepticism in the medical community over its usefulness in infection control and more stringent guidelines.”

In fact, “Tonsillectomies are avoided if possible, especially in those cases in which other medical issues are involved, such as heart or lung disease, those who are sensitive to anesthesia, and the elderly.”

However, this is not to say the procedure has disappeared entirely. While they aren’t as commonplace as they once were, tonsillectomies are still performed for various reasons, according to Dr. DeMarino – including at St. Clair Hospital.

Today, the following are all reasons doctors will consider scheduling a tonsillectomy:

Sometimes, a pre-existing condition may also sway a doctor in favor of ordering a tonsillectomy. Dr. DeMarino notes that, “In some cases, oversized tonsils can result in heavy snoring and sleep apnea, a potentially dangerous condition in which a person literally stops breathing numerous times during the night. Surgical removal of the tonsils has been shown to benefit patients with these issues.”

While tonsillectomies may not be as commonplace as they once were, this well-known procedure still has a place in our hospitals today, if it’s truly in our patients’ best interests. If you feel that you’re struggling with a tonsil related health issue, we encourage you to mention it to your doctor, so that they can begin looking into the right solution for you. Get started on your journey to a healthier you by contacting St. Clair Hospital – or, by finding the perfect doctor on-staff to address your personal concerns.


Dr. David DeMarino is board certified in otolaryngology. He earned his medical degree at The Pennsylvania State University College of Medicine. He completed his residency and internship at the University of Rochester Medical Center, as well as a fellowship in head and neck oncology at the University of Iowa. He practices with South Hills ENT Association.